Skip to content
Free Beard Butter With EVERY Order.

As the century turned over so did the style of facial hair. Out went the full beard and in came the moustache. The handlebar moustache to be precise! The moustache really came to prominence during the First World War as soldiers couldn’t wear a gas mask with a full beard. Not wanting to get rid of all of their facial fur, having a moustache was the alternative.

It was President William Howard Taft that made the Handlebar popular in the US. It wasn’t just popular in America though as Moustaches started popping up everywhere! After the war had finished men kept their upper lip hair well groomed and continued to shave the rest of their face. The era of the moustache had well and truly begun.

The moustache was so popular that if you didn’t have one you were shunned by men, women and family. This isn’t quite true but it really was popular. Agatha Christie wrote about the moustached detective Hercule Poirot and he became synonymous with the lip caterpillar!

Then came Charlie Chaplin and the toothbrush moustache. This look would later be replicated by Oliver Hardy from Laurel and Hardy fame. It’s most infamous wearer was none other than Adolf Hitler. After World War Two the toothbrush ‘tache disappeared, unsurprisingly! Today it is considered offensive to wear your lip hair in this style but it still makes an appearance here and there.

Rumours are abound that it is illegal to wear a toothbrush moustache in Germany but this is not the case. At least, I can find no evidence to support the rumour.

Frankly, my dear, I don’t give a damn! Probably the most famous line in any movie ever. Spoken by the character Rhett Butler in Gone With the Wind. Butler was played by the screen icon Clark Gable who had started a new trend. The Pencil moustache was all the rage in the 40s and that’s thanks to the movie legend.

It was a dignified look that had an air of sophistication, as if only politicians, the upper class and Royalty should wear this style. George Orwell also chose this look as did Sammy Davis Jr. It was a time when men were gentlemen and they would look the part, not just act it!

As the moustache started to fade, a new trend appeared. The goatee. The 50s was an era of rock ‘n’ roll, swing, Pink ladies and T-Birds. The latter were all clean shaven, in fact, so were the Pink

ladies! Actually, the majority of men had decided to choose the path of the clean shaven.

The goatee was the answer for a man who wanted to have a beard but not go all the way. It was predominantly started by Jazz musicians in the US but the craze spread far and wide across the sea. Nowadays the goatee is shunned by the majority of men who want to grow beards. It is seen as kind of a second class beard but it is still popular among certain clubs and some of the older generation.

The sideburns became the next best thing in facial hair. Out went the goatee for the sides in a complete swap. Sideburns always make me think of Wolverine from the X-Men but unfortunately they never looked as cool as Hugh Jackman!

The side beard continued through the 60s and into the 70s, somehow staying on trend through some bizarre reason. Flares, big collars and sideburns. Can you think of anything better?

Moustaches came back in the 80s, in a big way! Magnum PI, Freddie Mercury, Hulk Hogan and many more wore the lip stripe with pride. All different styles and lengths made an appearance during the revival of the ‘tache. You wouldn’t want to be seen without some kind of hair caressing your nostrils!

The 90s and Noughties

The 5 o’clock shadow became the must have facial trend of the 90s. Designer stubble was all the rage with celebrities adorning the look and paying through the nose to have their stubble sculpted. Fashion, sport and movie icons all took the stubble route and made it the must have accessory for your face!

If you want to be picky, the stubble look actually started in the 80s with singer George Michael and actor Don Johnson sporting the style. It didn’t really take off until the 90s though and carried on well in to the 2000s. Companies started to design trimmers specifically for the purpose of keeping your stubble at the right length.

Tom Cruise and Brad Pitt were two of the celebrities to have the stubble look in the early 2000s and it certainly suited them. Footballer David Beckham was another star to try out the designer stubble alongside Craig David. It is still a popular look today amongst professionals who can’t quite get away with a full beard in their jobs, but can make the stubble phase look stylish and fit in with their suit and tie ensemble.

The return of the full beard

It was around 2012 when the full beard started to come back into style. The men who wore these wild whiskers were known as Hipsters. A word that the vast majority of men now cringe at with disgust and exasperation. Hipsters were defined as youngish men, in their 20s who had grown a full beard, wore checked shirts and drank ridiculously named coffees. Usually with skimmed milk. Some of these men were vegans or vegetarians and they gave bearded men a bad name.

The term Hipster has, thankfully, faded away into history although there are some that still use it now. Beard care products are bringing in a massive amount of money. In 2018 it was valued at around $24 billion and is expected to be worth over $43 billion by 2026. It doesn’t look like beards are going anywhere soon. 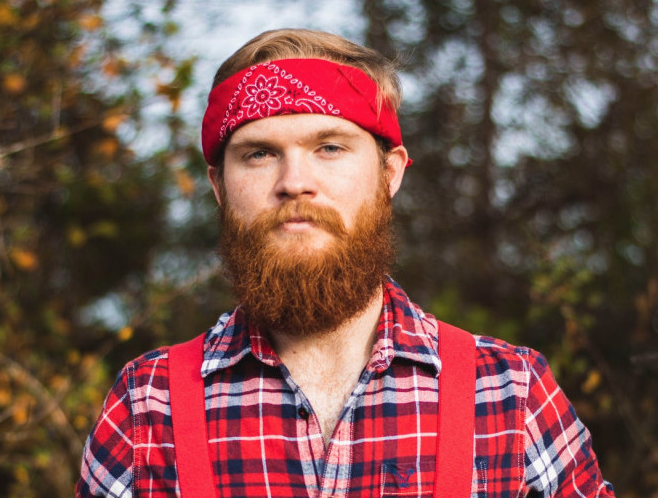 What does the future hold for beards?

If we look back over the years, decades and centuries, beards have always been around. If not a full beard then one form of facial hair or another. No doubt another facial trend will appear in the near future but I believe full beards will be around for a long time yet. I can’t tell the future but if I was a betting man I would say the next big swing for facial hair will be about 2030. This time though, there will still be the die hard full bearders who will never change their style.

There is more choice than ever for those that want to care for their beard with hundreds of companies in the UK alone. They sell hundreds of thousands of beard oils, balms, butters and other products a week. In fact, owning a beard company is one of the fastest growing side hustles out there today. Some people can make a really good living from it and are doing so successfully.